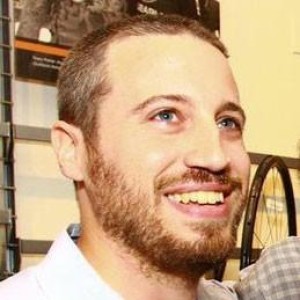 Ben Fried started as a Streetsblog reporter in 2008 and led the site as editor-in-chief from 2010 to 2018. He lives in Ditmas Park, Brooklyn, with his wife. Ballot measures can expand and improve transit. But if Nashville is any example, it can backfire. Here are some lessons all cities can learn. Contrary to the story Uber, Lyft, and their peers like to tell, ride-hailing services are not reducing traffic in American cities. Nor will they, even if they meet their goals for converting solo passenger trips to shared rides, according to new research from transportation analyst Bruce Schaller. Within half an hour of Thursday's noontime motorist rampage in Times Square, Governor Cuomo was on the scene. At 1:30 p.m., Mayor de Blasio convened a press conference with Police Commissioner James O'Neill and Fire Commissioner Daniel Nigro, confirming the awful toll: one person killed and 22 injured, with four victims in critical condition. Given the high-profile location, the number of victims, and recent instances of people using vehicles to kill for ideology, it's understandable that yesterday's crash drew so much attention. But it's important to recognize that as terrible as the Times Square carnage was for a single incident, the same human toll occurs on a daily basis on NYC streets -- it's just dispersed across the city.
For the first time in nearly nine years, we’re debuting a sitewide redesign of Streetsblog. There were two main goals we wanted to accomplish with this redesign: creating a portal for quick access to important recent stories across every Streetsblog site, and upgrading the front end of the site to work well on the full range of devices that people use to consume media.

Trump advisor Steve Bannon's comments to the Hollywood Reporter about infrastructure are worth a closer look. It helps explain why Democrats like Chuck Schumer and Nancy Pelosi are making a grave mistake when they line up to help Trump implement this plan.
We’re going to see a lot of stories about Donald Trump and infrastructure in the next few months, and this reporting will be heavily influenced by a message that has been honed and perfected by the American Society of Civil Engineers. It will be important to see through these arguments and view the Trump infrastructure plan with clear eyes. Already, leading Congressional Democrats […] With Milwaukee looking to implement a BRT system connecting downtown to the suburb of Wauwatosa, Ken Smith of Urban Milwaukee was eager to get a look at how BRT works in Quito, when he was in the city for the recent UN Habitat III summit. The system impressed him, and Smith wonders if Milwaukee will be able to duplicate the factors that make Quito's BRT successful.

On the day after the election, I watched as Chuck Schumer and Andrew Cuomo, Democrats who represent my state, said they could find common ground with Donald Trump, with Cuomo specifically mentioning “infrastructure” as a potential area of collaboration. Today I’m writing about far more urgent and important reasons to oppose Trump and his agenda.
As painful as it is to deal with the reality of a Donald Trump presidency, if you think highways and sprawl are a terrible mistake, the time to mobilize is now. One of the first things on Trump’s agenda, after dismantling Obama’s social and environmental legacy to the greatest extent possible, is a huge round of infrastructure spending. […]
America just elected Donald Trump, who got a foothold in national politics by fanning a conspiracy about Barack Obama’s country of origin, who ran a campaign premised on a naked appeal to racist anger and resentment, who shredded every norm of conduct on his way to the presidency. He’s going to occupy the White House […]
Read Doug Trumm’s post at the Urbanist about Sound Transit’s $50 billion, 25-year expansion plan, known as ST3, which the agency revealed yesterday. It’s ambitious in scope, but will the new lines meet the region’s most pressing transit needs? Piecing together the project list has been an exercise in regional politics, since voters will decide this November whether […]
It’s always interesting to see what mayoral candidates say about streets and transportation in a public debate. Who’s done their homework on transportation policy? Who understands in their gut why better streets for walking, biking, and transit are good for the city? Which candidates are willing to take a stand on these issues while making their case to voters? Most […]
Load more stories