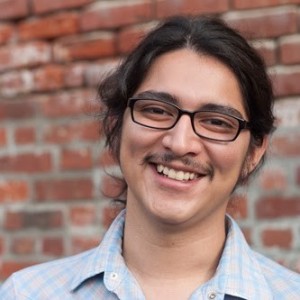 @lapaperboy
Streetsblog California contributor, covering news in Orange County.
An interview with Chuck Marohn of Strong Towns about some of California's most pressing issues around growth and development--as well as some of the promising solutions coming out of Santa Ana.
The City of Santa Ana public works department has been busy the first half of the year installing street improvements on the city's west side. Between March until roughly last month, nine roundabouts were installed along three street corridors.
Caltrans hosted its own Bike to Work Day in Santa Ana to showcase some of the work it's doing to improve biking infrastructure in downtown.
Money from S.B.1 will allow OCTA to avoid deep service cuts on it buses, but if ridership continues decreasing, there will be hard choices to make in the future.
California high-speed rail proposes to use the existing rail alignment between L.A.'s Union Station and ARTIC in Anaheim. That will require some modifications, including a number of grade separations.
More than 15,000 people came out to bike and walk in Garden Grove's Open Streets event on Saturday. The 2.5-mile route stretched from Main Street to West Street and had some streets closed to cars, streets with mixed traffic, and a one-mile pop-up protected bike lane.
The Orange County Transportation Authority is studying twelve different transit options, including Bus Rapid Transit and a streetcar, for the highest-transit-use corridor in the county.
In the next couple months, construction will begin on the widening of the I-405 between State Route 73 and the I-605. OCTA approved a contract at its November Board of Directors meeting for $1.2 billion to add two toll lanes and improve to entrances, exits and bridges. The total project cost is around $1.9 billion.
Thrive Santa Ana hopes to turn vacant city-owned lots into affordable housing, community gardens, recreational space, economic incubators
A question from Marina Ramirez, a Santa Ana resident and member of Santa Ana Active Streets Coalition, put Darrell Johnson on the defensive. She asked the panel what is being done to address displacement from active transportation (AT) improvements, and added a followup question: OCTA has an AT checklist, she said; why not add an equity checklist?
The Safe Mobility Santa Ana Plan was released earlier this month with very little fanfare, yet it may be the planning document that will possibly have the biggest impact on the city’s streets for years to come. The plan identifies 42 high-priority projects–37 corridors and five intersections–that would take an estimated $40 million to complete. But […]
As 16-year-old Alexandra Retana walked up to the podium during last week’s Anaheim City Council meeting’s public comment period, she took a breath to calm herself. It was her first time speaking to council. Dressed formally and perfectly groomed, she still felt nervous as she readied herself to speak. “It was scary because they are so […]
Load more stories