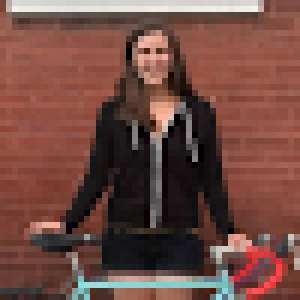 More than 40 percent of the savings accounted for by the study ($15 million) were thanks to the Big Apple alone.
Authors Melissa and Chris Bruntlett clear up some of the most common misconceptions about the Dutch cycling model that some say should be exported to America.
Almost a third of car crashes involving a vulnerable road user go unreported in the nation’s capital, skewing District crash totals — but underreporting is far from the only thing wrong with reporting standards across the U.S., advocates say. Last week, Citylab broke an explosive Washington, D.C., study that showed police had failed to record […]
Three quarters of the most fatal roads in America for pedestrians are located in low-income neighborhoods, a new study finds — and they overwhelmingly share a handful of notoriously dangerous design characteristics that communities can and must eliminate on any corridor where residents are expected to walk.
The latest Senate transportation bill would make it legal for freight companies to hire teenagers to drive big rigs, among other dangerous new policies that advocates say have no place in federal law.
Researchers have found that making driving more convenient ends up ensuring that a community will be choked by gridlock, and everyone will have a slower trip.
A massive transportation authority in Idaho is promising to build protected bike lanes whenever they resurface the most dangerous multi-lane roads in their region, and some advocates think state DOTs across the country should follow their lead.
To everything there is a season — but killer turns (turns, turns) should never get the time of day in U.S. cities.
The U.S. is still failing to make meaningful progress to end the decades-long racial disparity in fatal car crash rates across modes, a new study finds — and things got worse during the pandemic.
Even the most transit-rich cities in America are significantly less accessible without a car for the low-income and people of color, a new analysis finds.
It's “arguably the most transformative transportation bill of our lifetimes,” one advocate said.
A whole lot of heavy electric cars are likely to roll onto U.S. streets soon — but the U.S. hasn’t bothered to answer the question of how fatal they’ll be to pedestrians in the event of a crash.
Load more stories